22 Feb 2017"It's the undefeatable, indefatigable, incredible Ryan and Sophie show" 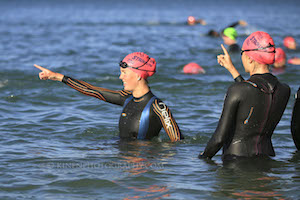 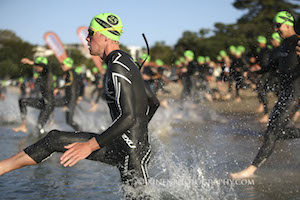 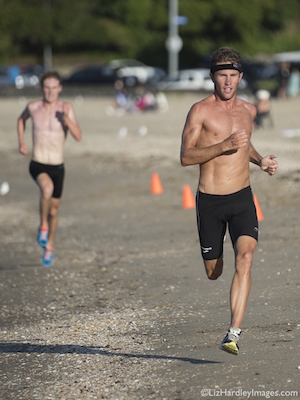 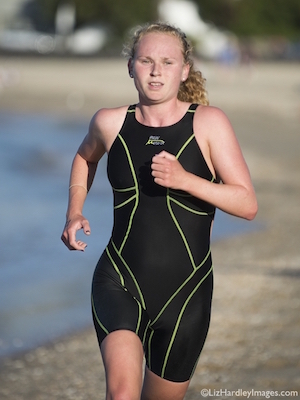 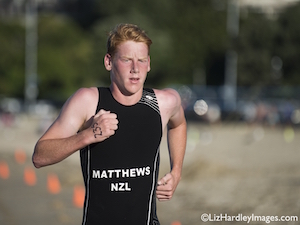 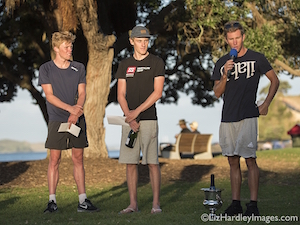 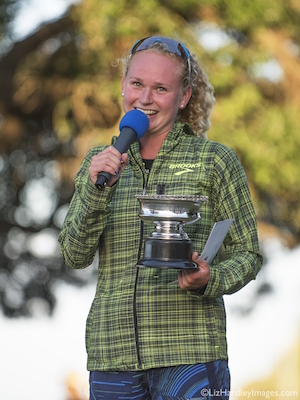 With everything and we mean everything riding on one race this season it is vitally important that all is in place for one of the most momentous Stroke & Stride events in history. Like nearly all outdoor sports it wouldn’t be a swimrun race without the weather ready to play a role. Therefore picking the best date for this big race years in advance involved extensive early research with leading scientific authorities, consultation with various theological devotees and hitting up some hardened punters for their tips. Finally it was deemed that 22/2 had a good feel about it so that date was locked in and the countdown began.

Race day in Auckland dawned a stunning summer’s day for racing or even just being at the beach so someone knew something about long range meteorological forecasting and we thank them. The next requirement was to assemble a top class competitive field to entertain in their fight for the championship. Therefore once the dust of registration had settled we were delighted to observe lined up for the start on Mission Bay the very cream of New Zealand’s swimrun athletes spiced up with a smattering of internationals.

Racing started with the men’s field contesting the 1 kilometre swim leg over the big triangular course. Being a perfect day, the only possible distraction from swimming your super quick best might have been some sun in your eyes, if you weren’t wearing your goggles with the tinted lenses. In the early stages a small handful of swimmers moved ahead of the field and continued to pull away as they headed towards Rangitoto Island. Then during the second half of the swim one swimmer accelerated and surged ahead of those keeping him company. Rounding the final buoy and hitting the beach in first place, and the only athlete to go under twelve minutes, it was Tayler Reid. A year ago we’d witnessed Tayler Reid registering a Stroke & Stride win on debut so we know exactly how good he is and that the men’s field already had a serious contender staking a claim. Twenty seconds later that small posse of high-flyers reached the shore and it was Cooper Rand, Dan Hoy, James Matthews and Ryan Sissons hot footing it up the beach and into transition before setting off in pursuit of their quarry.

It was now the turn of the women’s field to do their circuit of the buoys and with the lightest of offshore breezes and hardly a ripple in sight they could also make quick work of the swim course. Mirroring the men it was again one swimmer jumping clear of the talented group swimming at the pointy end of the field. When it comes to swimming the best of the best in recent years has been Jacey Cropp and it was looking like normal transmission had resumed for the new season when our reigning Series Champion reached the beach clocking 12 minutes 35 seconds. Desperation to limit this early damage saw a loose bunch containing Elise Salt, Rebecca Clarke, Sophie Corbidge, Ilaria Zane and Teresa Adam now trailing by 15 seconds and counting. If Jacey Cropp was asked to pick which athletes she would not want chasing her down and trying to claim her title then chances are those five athletes would get a mention. Over the past decade that fast five have amassed an incredible twenty-four Stroke & Stride wins between them.

The run course was at its picturesque best as it wound its way around the bays to the turn cone at St Heliers. Then it was a 2 kilometre romp in the opposite direction with more of that million dollar view to soak up if you needed to concentrate on something other than being in the midst of a breathtaking event. So back at Mission Bay after 4 kilometres of running our top five in the men’s field had had ample opportunity to discover if their legs were up to backing up their most excellent swim. Swim leader Tayler Reid ran strongly however even he couldn’t resist the incredible leg speed that Ryan Sissons can turn on when required. The now vastly experienced Ryan Sissons gained the lead and then sprinted for the line to take the win and his second Stroke & Stride Championship backing up his title from 2009 way back when he was one of the young ones on his way up. Incidentally this win takes Ryan’s total wins at the Stroke & Stride to ten joining that very select group of athletes making double figures. Just four seconds in arrears the valiant Tayler Reid scored a fine second placing for just his second ever outing and there’s nothing wrong with that result. Rounding out the podium was Dan Hoy and in the process coming home ahead of reigning Series Champion Cooper Rand. Being another year older and faster makes all the difference to James Matthews as he records a tremendous fifth placing for his best ever finish.

Jacey Cropp would have liked more than the handful of seconds lead she had as she headed off with 4 kilometres of running between her and retaining the title of Stroke & Stride Champion. This summer it was not to be as out on the course she was swamped by those runners on high octane flying across the footpath. So which of the quick runners would be the quickest? When they rounded the Pipimea Head point and came back into sight there was one athlete in the clear and she ran through for a convincing win. Now should you ever be placing bets on Stroke & Stride events don’t ever bet against Sophie Corbidge as she races swimrun events to absolute perfection. And so for some it is unsurprising that Sophie Corbidge takes the win with an imposing run on the back of her strong swim. Another win takes her total to an even dozen on the all time list and the title of Stroke & Stride Champion belongs to Sophie for a second time in her career. The other athlete that has mastered both swimrun disciplines with aplomb is Elise Salt and she runs through for a superb second place. The best of the internationals racing today is Italy’s dynamic Ilaria Zane getting herself on the podium for the first time after last season’s top ten finish. Teresa Adam and Rebecca Clarke spent the entire race in sight of each other and five swimrun kilometres later when they reached the finish line it was Teresa who held a 4 second advantage.

This event had added status being the New Zealand Swimrun Championship for 2017, this prestigious title has been contested annually since 1993. Despite winning just about everything this past decade this is surprisingly Sophie Corbidge’s first national title. Not so Ryan Sissons as he had already been crowned the New Zealand Swimrun Champion in 2009.