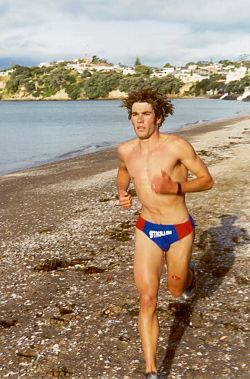 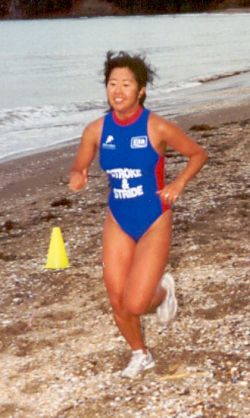 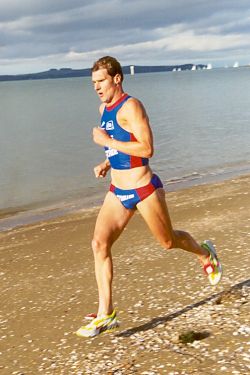 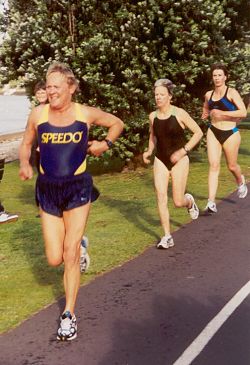 The third event in the Reesby & Company Stroke & Stride Series is the last chance for competitors to strut their stuff before the traditional Christmas break. With a 1000 metre swim and 3 kilometre run on the menu this race provides an ideal opportunity for the recognized swimmers in the field to shine. After a hesitant start this year, summer was finally making it’s presence felt in Auckland laying on idyllic conditions for the evening’s competition.

Going into this season’s Series it was never thought that after three events, the women’s competition would be in such a volatile state. With no less than eight previous Stroke & Stride winners lining up for a the start in Race #3 surely no one was picking that at the finish not only did none of these celebrated eight finish in the money but our first three across the line were all making their debut in the Series this season. With the vast majority of the field suited up in their Orca wetsuits fast times were guaranteed over the big triangular swim course at St Heliers Bay. By swim’s end it was Caroline Collard who had made a break on the rest of the field and ran up the beach in the scorching time of 11min 35sec, Bec Linton was 17 seconds back all alone in second, with then another 40 seconds back to the chasing bunch that included Anna Cleaver, Debbie Tanner, Hayley Swaving, Evelyn Williamson and Jillian Wood.

The 3 kilometre run is as always short, fast and furious but it was long enough to shuffle the top place getters with Evelyn Williamson clocking an impressive run split which added to her smart swim gave her victory on the night. Equally impressive and just one second behind at the finish was Bec Linton who had overtaken Caroline Collard during the run. Vanessa Palmer had her best result of the season when she grabbed fourth spot seconds ahead of Debbie Tanner.

With all the turmoil in the women’s field it was up to the men to return some stability to the Series. The hype and frenzy of the 50 metre Olympic pool in Sydney might not bear a lot of resemblance to the tranquil pohutukawa lined bay at St Heliers but it didn’t seem to matter to Olympian Steven Ferguson as he stretched out the men’s field over the 1000 metre swim leg. He led from the water in a time of 10min 31 sec and keeping him company was Brent Foster just a couple of seconds back. These two had opened up a small break on Kieran Doe who was in turn just ahead of Haydn Woolley. About ten minutes and three kilometres later stability was at last restored when defending Series Champion, Brent Foster crossed the line in first place.

This was the Fozzie’s 35th victory in the Stroke & Stride since he first started competing way back in 1992. Kieran Doe is in just his first season of Stroke & Stride competition and is doing his best to shake things up with a second place in this race. Haydn Woolley makes his return to the Series and snatches a top three finish. Liam Scopes snares fourth clocking the days fastest run split and squeezing Malcolm McGregor back into fifth place.

A couple of athletes have jumped ahead of the competition in the Series Grand Prix going into our Christmas break with newcomer Evelyn Williamson reigning supreme in the women’s field and Brent Foster looking good to defend his title in the men’s. But there are no safe bets yet with still five more races to be run.