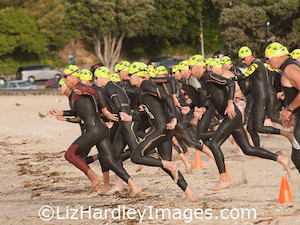 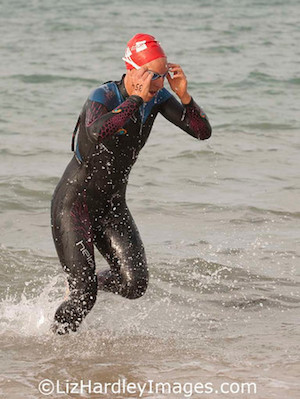 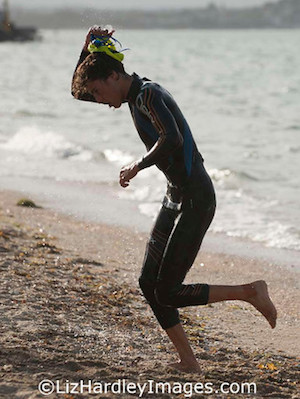 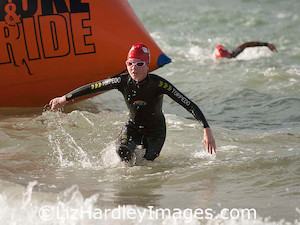 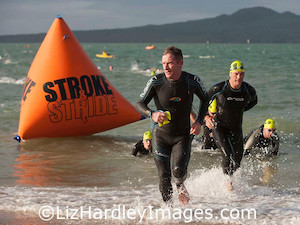 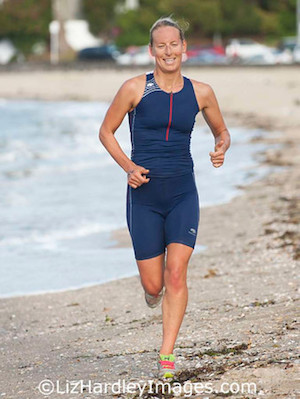 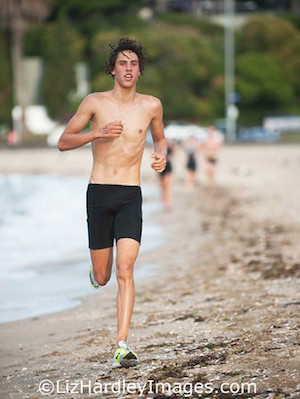 With the Stroke & Stride being a series of eight events stretched over the whole summer, an athlete is required to manage their season so that their form is good for an extended period.  Athletes are accustomed to building their season around peaking for a certain event and in an ideal world it would be just a matter of progressing through the months of November, December, January, February and March getting faster and closer to your best on each outing.  That is a lot easier said than done; as has been demonstrated on numerous occasions over the years with athletes starting the season on fire only to see their form desert them in the later rounds.  Of course, the tortoise and the hare scenario doesn’t really work either. If you’re giving away too much to your competition early on, then the chances of overhauling them in the back half of the season are precarious.  You don’t want to be relying on them to crash and burn in order to head them home.  The penultimate event in the Stroke & Stride Series is where you need to be at your best to consolidate those strong performances already in the bank.

The women’s field were started first and what looked like a tough 750 metre swim from the beach proved to be just that as the onshore wind and steep chop pushed a number of competitors west of the rhumb line as they aimed for the first turn buoy. Of course while others struggle, Rebecca Clarke appears impervious to these conditions and had opened up a sizable gap at the half waypoint that she extended to a minute and a quarter by the time she was back on the beach clocking 9 minutes 28 seconds. Stroke & Stride debutante, Leah Stanley was the next to transition followed closely by two other swimmers. Then it was a half minute break before the bulk of the women’s field started their run up the beach. Anna Faulkner was handily placed recording 11 minutes 22 seconds and then followed Katherine Badham and Ashleigh Williams.

This swim course was a game of three halves. First up was that long slog out to the first mark, next was a flying little 100 metre dash across the back with all the forces of nature helping you along unless the sun happened to be blinding you as you careened towards that turn can and then finally back into shore with constant sighting and course correction required to arrive at the swim finish and not get washed up further down the beach. The men’s field were also forced to endure a first-class swimmer escaping from the chasing pack. This time it was defending Series Champ and all round legend Brent Foster who found the conditions to his liking, hit the accelerator and pulled clear on the first leg. After that the chasers must have gone into damage control as Jay Wallwork kept him in sight and was only down five seconds at swim’s end. Brent Foster recorded 8 minutes 45 seconds, Jay Wallwork 8 minutes 50 seconds, Liam Ward 8 minutes 59 seconds but then we had to wait for Quinn Wallwork 9 minutes 47 seconds, Alexi Petrie 9 minutes 48 seconds and James Matthews 9 minutes 58 seconds.

The only battle race leader and defending Series Champion Rebecca Clarke faced on the 5 kilometre run to St Heliers and back was a pesky headwind from the aforementioned north east breeze for the first couple of kilometres. Once she rounded the turn cone she could enjoy the free ride courtesy of a tailwind, check to see if there was any danger from the runners behind and relax and run through to the finish and score a fabulous fourth win for the season. Racing Stroke & Stride for the first time ever didn’t faze Leah Stanley as she backed up her excellent swim with an equally classy run to score second place. Katherine Badham added to her growing collection of top results this summer with another podium on the back of the fastest run of the day. Next in was Ashleigh Williams and then followed Isabella Morton recording her best ever result at the Stroke & Stride

Brent Foster’s lead was short lived once out on the run as Jay Wallwork soon surged to the front of the field and then spent the remainder of the 5 kilometre run keeping the challenge of Liam Ward at bay. At the finish Jay Wallwork was well and truly back to his best and scored the win, his fourth for the season but interestingly his first in 2015. Having his first race of summer didn’t matter as it was also his best Stroke & Stride result ever with Liam Ward locking up the silver with a fine display of swimrun prowess. Alexi Petrie got himself on the podium with his very own best ever result. Quinn Wallwork was next home and Matthew McQueen scored himself another top five finish.

The all important Race #8 will not only decide the Stroke & Stride Series Championship but also the title of New Zealand Swimrun Champion for 2015, this event is set to go on Tuesday, March 17th.