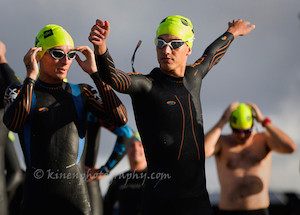 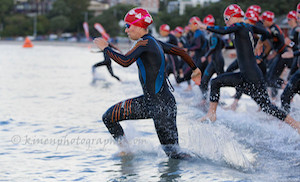 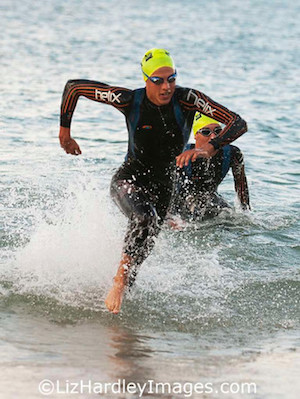 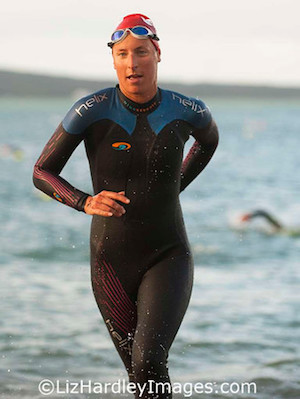 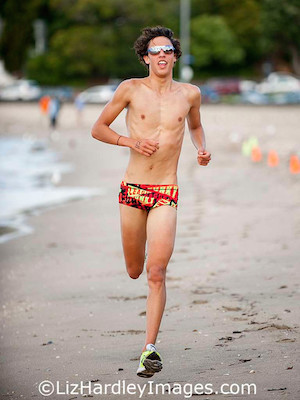 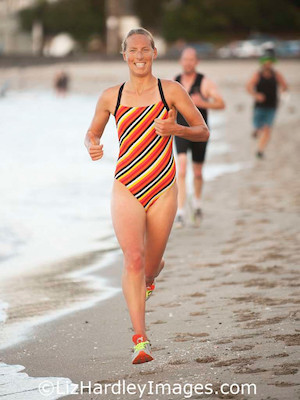 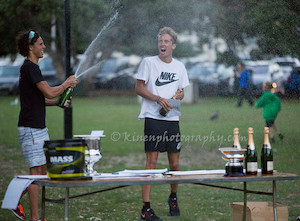 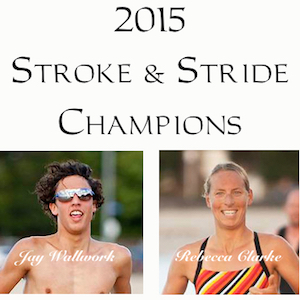 The eighth race in the Series and final Stroke & Stride of the summer has a lot riding on it. Not only is this the last chance an athlete has to accrue points towards deciding the title of Stroke & Stride Champion but this event also carries the distinction of being the New Zealand Swimrun Championship for 2015. Going into this deciding race Jay Wallwork and Rebecca Clarke are our points leaders from their fine performances over the summer plus both are the reigning Swimrun Champions after taking the national titles twelve months ago. Over the past five months and seven events they have been all but unbeatable and on the couple of occasions they aren’t filling the top spot then you can bet they’ll be in second. Therefore it would take some sort of major derailment in the home straight for Jay Wallwork and Rebecca Clarke not to be hoisting the cup aloft at prize giving.

Conditions for the race were interesting, some would say sublime. There was plenty of blue sky and sun through the afternoon though temporarily interrupted when the occasional ominous dark clouds raced overhead on account of the fresh breeze in town. At the Mission Bay race venue this southwesterly wind was heading in an offshore direction leaving the sea condition largely flat and swimming conditions for the most part fast. However the tide was outgoing and when this joined forces with the breeze it could easily encourage swimmers to veer away from their target, it also ensured everyone got their money’s worth on the long haul back into the beach.

The large men’s field lined up on the beach for their start and took aim on the distant turn buoy with iconic Rangitoto Island as a spectacular backdrop. Five minutes after the starting hooter sounded the fastest swimmers closed on their first turn and it was apparent that those who started to the left were having an easier time of it. Then followed a quick wind and tide aided dash down the back before they turned for home. After one thousand metres of swimming the first two swimmers closed on the golden sands of Mission Bay and the clock was fast approaching 12 minutes however this duo had built a healthy advantage over the field. Jay Wallwork was first to spring from the tide recording 12 minutes 5 seconds and it was Cameron Todd keeping him company just one second back. Then half a minute ticked by before Alexi Petrie regained his footing and could set off in pursuit. Next in was James Matthews 12 minutes 47 seconds, Quinn Wallwork 13 minutes 1 second, Tom Duncan 13 minutes 16 seconds, Matthew McQueen 13 minutes 28 seconds, Nicolo Oporto 13 minutes 42 seconds, Todd Rowan 13 minutes 48 seconds, Matthew Roets 13 minutes 50 seconds and Mathew Bradbury 13 minutes 59 seconds.

As this action was unfolding the women’s field were making their charge around the cans and once again this summer it was Rebecca Clarke going off the front and leading the way and the only question was how big was the lead going to be when this swim was over. Rebecca was timed at 12 minutes 32 seconds for her smoking kilometre and it had gone past 14 minutes before another swimmer got to the beach. Leading the pursuers was Rose Dillon 14 minutes 8 seconds and then came the other contenders including Isabella Morton 14 minutes 19 seconds, Ashleigh Williams 14 minutes 20 seconds and Katherine Badham 14 minutes 35 seconds.

The championship event uses the recognised one to four ratio, that is for each one metre swum you have to run four metres. Therefore after today’s one kilometre swim leg the athletes faced a four kilometre run and that was an out and back course that turned at St Heliers Bay. This time the breeze was an aid on the way out to the turn cone and a probable hindrance for passages on the way back. We doubt Jay Wallwork noticed. After sprinting up the beach and through transition he was still full of energy and all on his own at the head of the field as he ran unchallenged to the finish to record his fifth victory of the season and successfully defend his national title. The closest anyone got was to be Alexi Petrie claiming a fine second place and recording his best ever Stroke & Stride result. Third place went to Quinn Wallwork holding off the charge of Matthew McQueen who did claim the scalp of Cameron Todd in the later stages of the run.

The remarkable Rebecca Clarke show continued out on the run course as she didn’t put a foot wrong, maintaining her lead out to the halfway point, saw exactly the size of her advantage before enjoying the run home to take the win and defend her own national title for 2015. A silver at the first race of the season announced Katherine Badham as a contender for the overall title and after a long summer of strong results she scores another second placing to finish off in style. An outstanding third place goes to Rose Dillon, her best ever Stroke & Stride result and one of the biggest improvers we have. The consistency award goes to Ashleigh Williams while Isabella Morton’s fifth place cements an excellent conclusion to her season.

Twelve months ago Jay Wallwork (1st, 1st, 1st, 2nd, 2nd, 2nd, 1st & 1st) was being talked about as ‘most likely’ to step up and take out the Series this year and so it has proved with his dominance over the eight races of summer giving him the title of Stroke & Stride Champion for 2014/2015. The only athlete that can get anywhere close to Jay through this summer is Cameron Todd (4th, 1st, 1st, 1st & 5th) so something must be right that he can claim second overall with Quinn Wallwork (8th, 9th, 5th, 5th, 6th, 3rd, 4th, & 3rd) impressing as he has improved from last year’s ninth all the way up to his very own podium finish.